I self identify as a jock. It’s taken me until my forties to become comfortable owning the term. I mean, it must have been obvious to others long ago. As a kid, when given my choice of camps to sign up for, I would always choose Sports Camp. I never asked which sports they were referring to. I just knew that if there were sports, I would love it. And I always did.

In elementary school I went to a very academically focused school. In that environment my jock-ness was even more pronounced. I was often picked ahead of all of the girls and most of the boys when it came time to pick teams for dodge-ball or basketball (two sports I am not very good at at all, so that fact speaks a bit more to my classmates’ lack of athletic enthusiasm than to my own skill.) Along with my sister and two other girls, we played on the all boys hockey team and just accepted the fact that we had to get changed in broom closets. My favourite day of the year was Sports Day where I would compete in all track and field events with equal enthusiasm. By the end of elementary school I was gravitating away from certain sports which I didn’t love as much as others (I never really took to the indoor ball sports like basketball and volleyball), but I would still sign up for absolutely anything that involved physical activity and movement if it took the place of math, art or music.

In high school I was thrilled to discover I could sign up for pretty much any team I wanted to. Among the teams I competed on for my high school were: field hockey, soccer, ice hockey, badminton, swim team, x-country running, track, x-country skiing, downhill skiing. Outside of school I took part in even more sports. Don’t think I’m bragging; I was actually so bad in some of them (swim team and downhill ski racing for a start) that my friends don’t even remember me being there. I was in the slow lane, or toodling down the hill, but still there and loving it! I also at one point thought I was pretty good at badminton, but it turns out I just squeaked onto the team and was never played in the crucial matches. That never dampened my enthusiasm though. I never understood how people could not enjoy playing or competing if it was an option over attending school!

In university I decided to study Phys Ed, because, obviously. I learned about things that were interesting to me: anatomy, sports psychology, physiology and sociology of sports. But unfortunately I undervalued all of this. I thought that since I enjoyed it and found it interesting, it must not be serious. It wasn’t business, or engineering, or law. It was sports. I often tried to underplay my jock-ness. Being a jock doesn’t sound smart or feminine – two things I also wanted to see in myself. When people asked what I’d graduated in, I’d make fun of my degree, saying I took “Gym” in university. I tried to follow fashion trends, but just could never manage to get into putting on makeup, and always seemed to revert back to wearing running shoes. It didn’t help that I worked at a sporting goods company, so my entire wardrobe had three vertical stripes going down the arms and legs. And that was pretty much the uniform in the office, so I fit right in.

But being a jock is more than what I wear and what I studied. I think it’s how I see and understand the world. When I see a mountain, my first instinct is that I want to climb it. I don’t want to paint it, or write a song about it, or just admire it. I want to experience it. I feel like I’m not part of things unless I’m taking part in them. If I visit somewhere new and see people doing an activity (surfing, cycling, hiking) I want to do that to in order to feel connected. I am not a passive observer. Maybe that’s what defines a jock. I just have an urge to get in and be part of the action. I can’t always make sense of the world by just looking or hearing or thinking about it. I have to physically be a part of it. I have to live it.

So I am now owning the fact that I’m a jock. I did mention this to my husband once as we looked around our house and realized neither one of us had any aptitude nor the desire to learn about how to redecorate and make it look fancy. I said, “Sorry. You married a jock.” (I think he knew that going in ;)) My wiring is such that I won’t walk into a room and notice the fine details of décor. I won’t look at magazines and learn how to be the most fashionably dressed. I won’t spend money on makeup or heels which make me feel like I don’t fit my skin. But when my husband points to a mountain and says “wanna bike up it?” or to a 50K cross-country ski race and says “wanna do it?” I will almost all of the time say “of course!” Because those things, to me, are having fun and living genuinely. 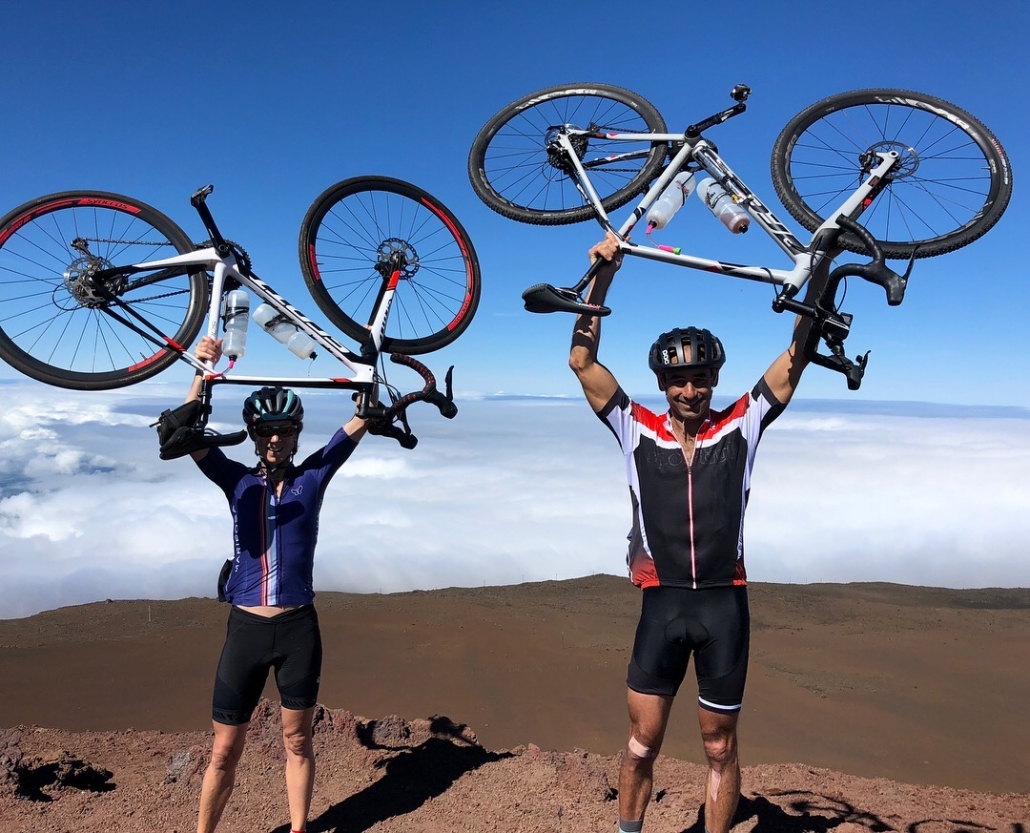 All Done! The Run Commute
Scroll to top